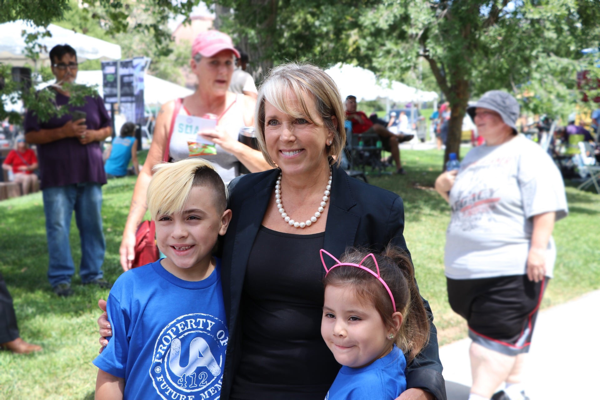 Michelle Lujan Grisham is the thirty-second governor of the state of New Mexico, the first Democratic Latina to be elected governor in U.S. history.

A longtime state Cabinet secretary at both the New Mexico Department of Aging and Long-term Services and Department of Health, serving in both Republican and Democratic administrations, Lujan Grisham has been a leading advocate for senior citizens, veterans and the disabled as well as investments in health care infrastructure and innovative programming that has improved access and quality of care for New Mexicans across the state.

She has also served as a member of Congress, leading the Congressional Hispanic Caucus, and as a Bernalillo County commissioner.

A New Mexico native, Lujan Grisham was born in Los Alamos and graduated from St. Michael’s High School in Santa Fe. She earned undergraduate and law degrees from the University of New Mexico.

A 12th-generation New Mexican, she is the mother of two adult children and grandmother of three. She is the caretaker for her mother, Sonja.